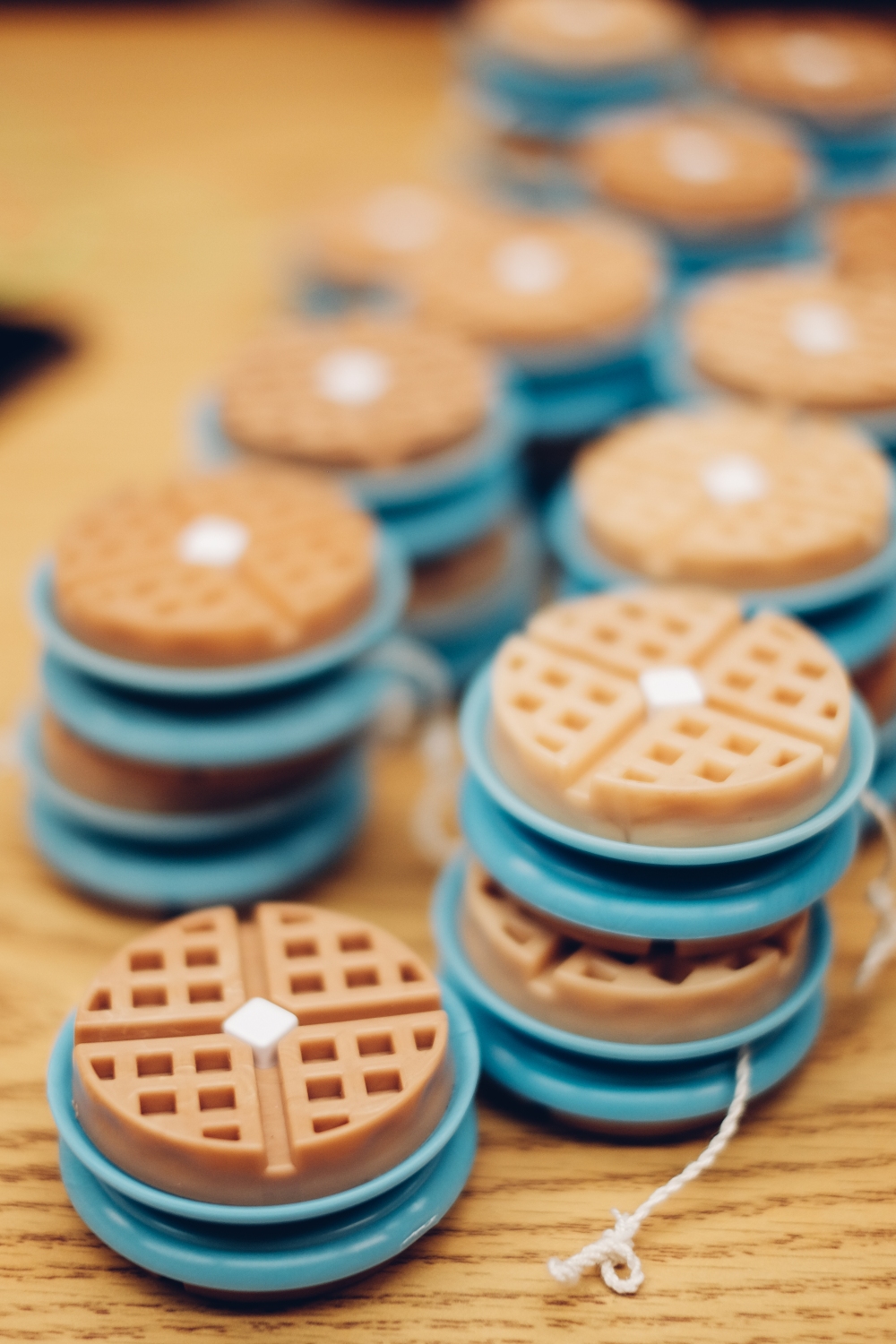 Key features of the butter include rounded edges to resemble real butter, and being small and a cute touch to the assembly. The thermoformed butter ended up with nice round edges and snapped well with the waffle and plate. They made the waffle look more adorable as well!

Key features of the assembled yo-yo include the two halves, string, axle spacer, and the shoulder bolts. We consider the final assembled yo-yo a success, particularly for beginners (like us). The waffle yo-yo is easy to use and spins well. Opportunities for improvement include adjusting the string gap and assembly design so that the yo-yo can perform sleeping and other tricks. 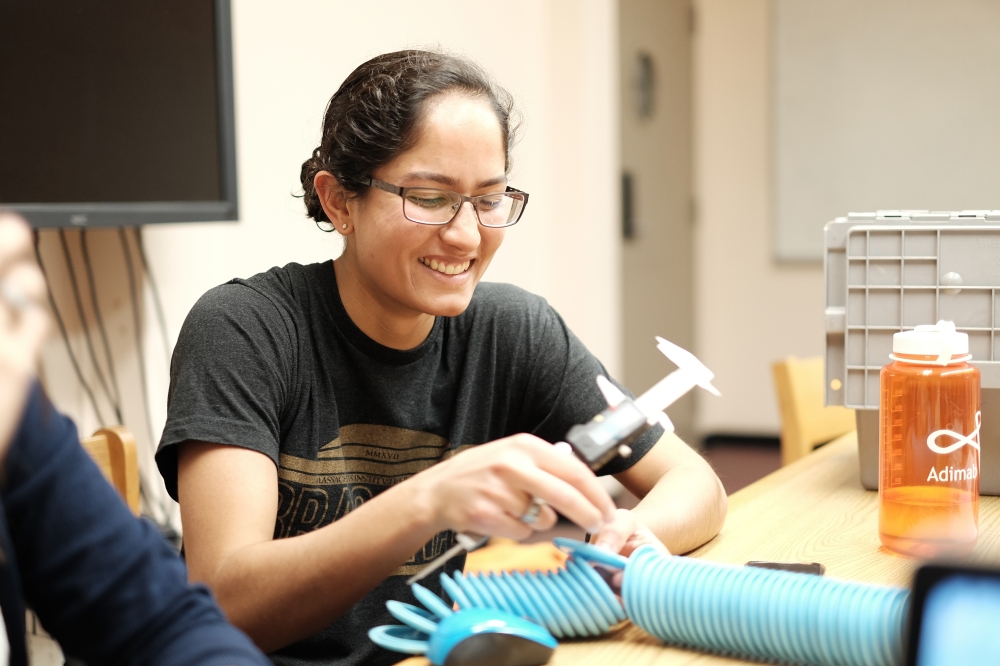 Findings about Plate from Written Deliverable 4

For the plate, we measured the inner diameter of the snap-fit between the plate and the waffle (which was the inner rib of the plate). It was determined that the average value for the inner diameter was 1.961”, which was actually slightly larger than the specified design value. Overall, the range of measurements for the inner diameter varied from 1.960” to 1.965”, and although these measurements were technically out of the limits set by the design specifications, no change in design or mold was made for the plates (since the plates fit extremely well with the waffle snap-fit). It was thus determined that the originally tight tolerances set on the snap-fit were not as necessary, and the range of inner snap-fit diameters achieved were acceptable.

Although a disturbance in the production system (an increase in the injection pressure) was introduced during the manufacturing of parts numbered 50-60, there was no detectable difference in the measurement of the inner snap-fit diameter. This led us to the conclusion that the designed part was decently robust and could withstand parameter changes in the manufacturing setup.

Summary of Cost Analysis for Prototyping Versus Manufacturing

For mass production, the waffle core and cavity would need to be adjusted. Currently, there is a lot of warpage due to shrinkage on the sides of the waffle due to uneven thickness. The core would need to be redesigned so that the entire waffle has even thickness. We also had an issue where the waffle would sometimes get stuck to the cavity mold. Currently, the issue was resolved by creating a burr on the core mold. This would not be an ideal solution in mass production. Instead, the molds could be designed with larger draft angles or the ejector pins could eject the waffle from the cavity. The plate and butter production required a significant amount of human/manual labor. For the butter, a lot of labor was put into cutting the thermoforming material, placing it into the machine, and cutting out the final part. For mass production, the entire process could be automated to save time and human capital.

We all agreed that we found the most useful and interesting aspect of 2.008 to be the labs and applying what we were learning during lecture to design and manufacture 50 yo-yos. It was well-planned that the machining, injection molding, and thermoforming lectures were towards the beginning of the semester so we could directly apply what we were learning to designing the molds and adjusting injection molding and thermoforming parameters. In contrast, the general organization of 2.008’s pop-quizzes, problem sets, and quizzes has a lot of room for improvement. The pop-quizzes were often on small details in the reading. If the pop-quizzes were actually meant to just check attendance and reading completion, the questions could have been better tailored so that anyone who did the reading could answer the questions, not just those with extraordinary memory. The problem sets were sometimes frustrating in that some of the material was not covered during lecture. Particularly for micromachining and thin films, the lecture went through the process very quickly for a subject that not many students have had prior exposure to. This topic definitely could have been addressed more in depth. Additionally, in the future, the materials needed for studying for the quizzes should be posted well in advance, not a couple hours before the exam (solutions to problem sets covered in Quiz II). Finally, the quizzes given would seriously benefit from some proofreading by either the professor or the TAs — we were consistently given quizzes with multiple errors, typos, and confusingly worded questions that the TAs would sporadically alert us to during the actual taking of the quiz. We think that this manner of writing and administering quizzes is extremely unprofessional, and we hope that the administration of the class spends some time to improve this aspect of the class for the future.